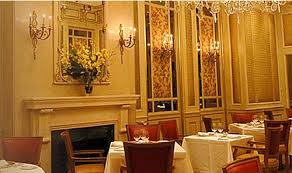 Who among us remembers the Ladies Menu, when upscale restaurants only listed the prices for men since it was assumed they paid the dinner bill when out with a woman.  I loved it, but as the Buddhists tell us, everything changes and ends.  This custom ended in mid-July, 1980, when a lady named Kathleen Bick wanted to treat her business partner, Larry Becker, to dinner.  She took him to an elegant French restaurant called L'Orangerie in LA, where she was handed a white menu to Mr. Becher's green one. The veal medallion was 28 dollars, which today would be about 82 dollars. The pair were so outraged by this quaint habit that they left the restaurant without eating.  They immediately called a lawyer, Gloria Allred, a well-known feminist attorney.  The restaurant was charged with discrimination and they demanded an injunction to end the dual menu practice.  They also wanted the state to revoke the restaurant's liquor license.   Ms. Bick said the restaurant experience made her feel "humiliated and incensed."  To make her point, Ms. Allred and her clients set up a table outside L'Orangerie, laid with a linen tablecloth, gold plates, silverware, and a vase with a rose in it. The restaurant of course caved in to the litigation and ended their wicked ways. The suit against L'Orangerie was dropped.  What troubles me most about the story is that there are so few elegant French restaurants around today. My favorite when I was a young woman was LaPanetiere and later Le Bec-Fin.  I got the price-free menu.  Which means I had great boyfriends.