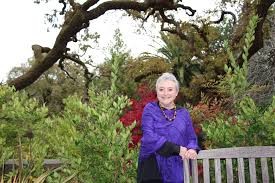 Have you ever notice how often people make life more difficult for themselves by complicating uncomplicated things?  How often you embellish a problem or situation, making it worse than it really is?   How often do you "read" things into an interaction?  Here is one of my favorite antidotes.  It's from Buddhist writer Silvia Boorstein's Don't Just Do Something: Sit There.  Silvia once called a monastery to arrange a retreat. The person who answered the phone said, 'You need to talk to Robert."  Sylvia left a message for Robert.  The next day Robert returned Sylvia's call but Sylvia wasn't home. A day later, Sylvia called Robert again.  He wasn't there. She explained the back and forth calls with Robert to the person who answered the phone that third day. She added, "Maybe this is a sign that I"m not supposed to do my retreat," complicating the situation.  The response was, "I think it's a sign that Robert isn't here."